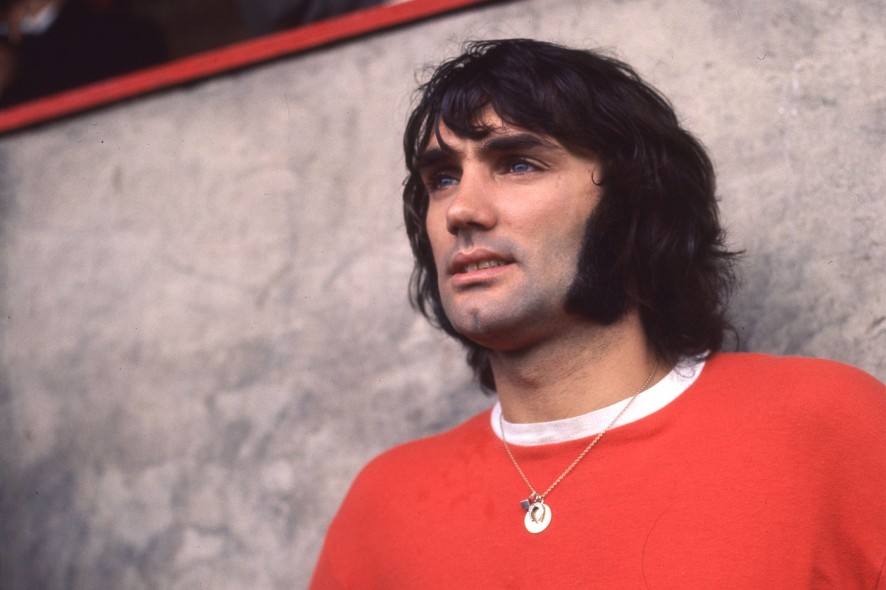 If you walk down Oakley Street in Chelsea, heading towards the river and the beauty of Albert Bridge, on the left hand side, tucked away in a tiny back street, is a classic ‘London boozer’ called The Phene Arms.

It was made famous by perhaps the nation’s most famous alcoholic – George Best – who lived close by and made the Phene an extension of his living room.

You’d see him inside the main bar – an open, square-shaped space – enjoying a drink (often a large glass of white wine), a chat with friends or yet another photo opportunity with people who wanted their picture taken with George. This usually involved buying him a drink (often a brandy) before the photo was taken – all smiles and ‘arms around celebrities and heroes’ in the pub.

I used to drink in the Phene too, so I got to see George Best a lot, in a range of moods and moments, which gave me a fascinating insight into how an alcoholic truly operates.

Sometimes, George would come into the pub, smartly dressed in a tweed sporting jacket, smart trousers and neat slip on shoes. He’d have his black and white Fulham scarf around his neck, a smile on his bearded face and that iconic twinkle in his eye. He’d drink of course, but he looked fine, and as alive as The Fantastic Mr Fox.

Then, on other days, he’d be disheveled – dressed in a cheap-looking shell-suit, slumped in a seat, propped up on one arm. He looked down, out and gone.

I spoke to George a few times at the Phene, and stood next to him at the bar often. I remember looking down at his feet, thinking these are the genius feet that tricked and turned every footballer on the planet, and scored some of greatest goals we will ever see. Now here they are, carrying this drunk to and from the pub at the end of his road, day and night.

From what I saw, for all those smiles, in all those photographs taken inside the bar, there was a fragility and a sadness to George Best. His talent was colossal, but his drinking was destructive and, as we all know, despite his heart refusing to give up until the very last moment, it finally killed him.

But George Best’s decent into alcohol addiction isn’t a nihilistic story of fame and fortune. Ordinary people in all professions depend on alcohol – to celebrate, to connect and to drown their sorrows – opening the door to the same level of personal destruction that George Best reached. As the night wore on at the Phene, I saw he would pour the brandy into the wine, as one more fan lined up another drink after their photo had been taken. And, following the publication of a series of recent reports from around the world, it is increasingly clear that it’s lawyers who abuse alcohol the most.

The first report, published by the University of Queensland earlier this year, revealed lawyers in private practice have the “highest levels of alcohol” abuse compared to people in other professions. Now a new report, commissioned by the American Bar Association and the Betty Ford Foundation (always synonymous with Hollywood, drunks and drying out) – has found over 30% of practicing attorneys in the US are ‘problem drinkers’.

This is the most comprehensive study of alcohol abuse in the legal profession ever carried out, with more than 12,000 attorneys taking part across America. To put the results into context, based on how much and how often people drink, there are more than twice as many lawyers with a drink problem compared to doctors. So, there is clear blue water – or should I say clear red wine, or clear golden beer – between lawyers and other educated, high-earning professionals who also work in stressful jobs. The question is why?

From the data we now have on lawyers who admit to abusing alcohol we now know:

Traditionally, lawyers have tended to drink more the older they get, or – more accurately maybe, the higher they climbed within their firm. I’ve known lawyers who have almost made drinking a part of their job once they reached partner level, when entertaining clients and winning new business became a greater part of their role.

But it’s clear lawyers are now abusing alcohol far earlier in their careers. One theory now gaining momentum is the more modern, additional pressure of starting your career with so much student debt, plus how hard it is today to secure a training position within a firm and then keep up with the pretty brutal workload in this highly competitive sector.

The net result of all this pressure can be found in the medical evidence that the new report puts forward, showing the link between well-being and using alcohol as some kind of crutch, masking serious conditions such as depression and anxiety.

The new report found that 28% of attorneys have depression, 23% experience stress and 19% suffer from anxiety. So, after another hard day (or night) in the office, or as part of a regular ‘gang’ who drink after work, or to medicate yourself against your emotional self, it’s very easy to say “I’m in …” when a colleague asks “Who’s up for a snifter after work tonight?” In Britain, for years, it’s been all too easy to hide behind the culture of drinking, disguising a personal issue with the power to consume and kill. Remember the legacy of George Best. A genius, reduced to a drunk.

Back in the 1960s Manchester United failed to look after their young rising star, but, to be fair, fifty years ago we understood very little about drink and drug abuse compared to today, and there was nothing like the infrastructure that we have today to provide support for those who need it. But, in 2016, can modern day law firms really look you in the eye and say they don’t know alcohol is a problem for lawyers, or they don’t have the methods or the means to provide the help their lawyers need to put alcohol back on an even keel?

We should applaud the legal sector on the other side of the pond for carrying out such a major study, to help lawyers and law firms address the very real issue of people drinking too much, too often. In the words of a classic pub landlord, it’s “time, gentlemen please” for a similar, thorough review of the situation here in the UK.

This is top of the list. Binge drinking comes in two forms; drinking a lot in a short space of time (driven by how few spare hours lawyers can have these days to do anything else but work) or setting out to drink to get drunk.

We never use the word in our invitations. You don’t hear one lawyer say to the other “I was thinking of going binge drinking tonight, would you like to join me?” – but this is precisely what many lawyers set out to do when they leave the office at the end of the day. Come 6pm, bars, pubs and pavements across the City are packed with lawyers, drinking a lot, in a short space of time.

Now I’m no puritan, and I’ve had many, many hilarious and wonderful nights out with lawyers and ‘booze’. My mind drifts back, rather vaguely I must admit, to evenings at the Lamb and Flag in Covent Garden, back in the late 1990s, when I would drink beer after beer with a bunch of lawyers from a small to medium sized firm (you might say a pint-sized firm …) that no longer lives within the shadow of the Lamb and Flag – which, just like The Phene (oh dear, there’s a pattern emerging) – is another classic London ‘boozer’ tucked away up an old side street. So, I’m not anti-alcohol, I don’t count units (because I think we all know when we’ve had too much …) and I’m not dismissive of the ‘good times’ it can bring.

But there is a difference between social drinking, and problem drinking. There is a problem when the drinking takes place when people are alone, or when the drinking is really the appeal, not the company, or when people just can’t stop. And I believe – from the people at the bar serving the drinks, to the partners and colleagues at work – we all have a responsibility to look out for the people who need support, not another drink. We can’t afford – as responsible employers, and as ambitious businesses – to have our team dragged down by alcohol.

Paul Merson, the Arsenal and England footballer (which makes me wonder, do footballers drink more than lawyers ..?) captured the on-going problem of being an alcoholic perfectly when he talked about living with this disease, avoiding temptation and working hard to preserve yourself. Reflecting on his own battle with alcohol addiction Merson said: “If you go into the hairdressers seven days a week, well, by the end of the week, you’re gonna have a hair cut.” Lawyers who struggle with alcohol and keeping the discipline you need to avoid pubs and parties etc must learn to ‘not go to hairdressers’ in order to avoid the inevitable.

I’m not sure where or when it started, but the idea of ‘going dry’ for January is a great thing, and one that appears to have captured the imagination of lawyers across London and the whole of the UK.

Maybe it’s the love of rules and frameworks, but here, for 31 glorious days, we have an excuse, a reason, to stop drinking too much, too often. We can allow our minds and our livers to detox, and blossom once more. We can go to the gym (for once, rather than just paying the monthly membership fee …) and start to see and feel the health benefits. Put simply, we can start to live more normal lives. If you’ve spent January ‘dry’, remember how good you felt and, regardless of any national campaign or cultural event, make this your new way of life every month.

I remember spending a weekend in Wales with a great friend, who’s father was a recovering alcoholic. Usually on these trips, we stayed up late, drank too much and lost most of the next day to hangovers and sleep. This weekend, I didn’t drink much at all, and as a result I got up early and walked to the edge of their garden, to look at at the Black Mountains, washed in glorious sunlight, all majestic and inspiring. It was exactly the kind of moment a drunk would miss. As I stood there, my friend’s dad walked over and said: “It’s great, isn’t it?” “Yes” I said, thinking he was talking about the view. Then he went on “ … you can get so much done when you don’t have a hang over.”

In our busy lives, and as ambitious people, we all want to ‘get so much done’, so it’s always a tragedy when talented people don’t achieve what they are capable of achieving because of alcohol. How many more great games would George Best have played, how many more incredible goals would be have scored, if alcohol hadn’t taken over his personal and professional life? He was just 27 when he quit Manchester United. How many more talented lawyers will we allow to go the same way as George Best?

If you have a problem with alcohol, and want help and support, contact: 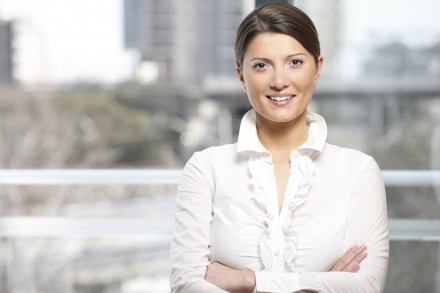 Confidence Boost from the Expert 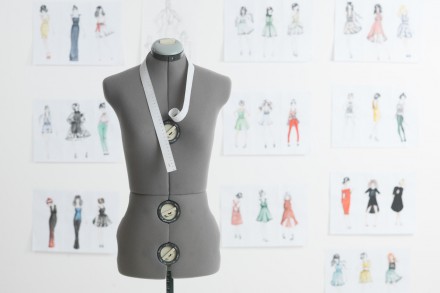 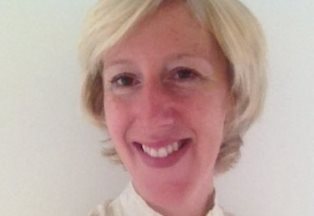