With all the talk, discussion, debate and protest about Brexit in the media, social media, around work stations and across dinner tables, I’ve been thinking specifically about what it all means for female entrepreneurs in the UK.

According to the Office of National Statistics, 25% of registered self-employed people in the UK are women – that’s around 1.2m self-employed women involved in either full or part-time employment. It is a fact that the number of female entrepreneurs is rising faster than the rate for men – nearly 10% in the past 2 years compared to men’s 3.3%. I’m almost certain that if you took your own social circle and looked for a female entrepreneur amongst them, you’d find at the very least a woman that is thinking about starting a business. It’s not about the size or type of business, but more about the increasingly shared motivation amongst many women to achieve the right work-life balance for a variety of reasons.

Another staggering fact that has actually resulted in a sub-industry of its own – there are around 300,000 mothers running businesses who contribute an estimated £7.4bn to the UK economy each year – now take a moment to take that number in, because it’s not only a massive fiscal contribution, but it’s an incredible achievement! Hate it or love it, “mumpreneurs” are here to stay and so is the rise of the female entrepreneur. Whilst there is still some way to go to reducing gender inequality in the workforce, it is clear that female entrepreneurs play a major role in our economy – creating jobs, boosting trade and industry and generating an immediate growth contribution.

So what does Britain withdrawing from the EU mean for these inspirational and aspiring female entrepreneurs? And are they to believe the Governor of the Bank of England, Mark Carney, when he called Brexit “the biggest domestic risk to financial stability”?

In the current economic climate, the contribution made by female entrepreneurs is positive and indicative of favourable market conditions. I can only speak for myself when I say that I certainly want to continue to do business in a growing economy. The concern that we should have with Brexit is whether the free trade agreements that are to be negotiated will be as strong or stronger than the existing ones, in order to continue the current market conditions outside of the EU. Whether or not Brexit becomes a reality, it would be calamitous to have a UK economy that contracts to the point that there is less money flowing through it, adversely affecting the supply and demand of our goods and services.

Lets also not forget the EU’s role in the advancement of gender equality through the introduction of ‘laws guaranteeing equal pay for equal work, equality in the workplace and minimum rights to maternity leave‘ thereby improving the lives of many working women in the UK and throughout the continent.

There are so many factors to consider and so many resources available to us detailing how Brexit would positively or negatively impact the UK from a jobs, trade, immigration, status in Europe and position in the world perspective that it can actually be quite overwhelming at times.

What is becoming clear to me is that as women, and especially as entrepreneurs, we don’t need to believe Mark Carney. However, we do need to heed his call, and more importantly we need to understand the associated risks on both sides and participate in the EU debate – it feels like we are currently voiceless and when our economic, political and social contribution is so significant – we need to be heard and represented. 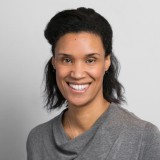