There were many witty signs at the global Women’s March on 21 January 2016 – many taking aim at recent political developments, in particular the US election of President Donald Trump – but one stood out for me through its sheer simplicity: “Yes to Equality!” It was refreshingly clear, and who could argue with it when the globe’s population is pretty much split down the middle along gender lines? Surely we all welcome equality and an open society in which we can all thrive – women and men together?

I find much of the language of equality sits at the very opposite end from the clarity of that #womensmarch placard. In the last decade in particular, it has become too nuanced and inefficient at amplifying the very essence of our call for change – in the case of gender equality, a desire to embed it in our workplace and reduce the sexism levels in our society. I have now followed the debate for much of the last 7 years and, through the prism of being a mother to a daughter, I think we need to unify and simplify the message around ‘equality’ if we are to see lasting change.

In the workplace in particular, the language of equality has been replaced with that of ‘diversity and inclusion’. Has this shift helped? Equality requires action to ensure individuals or groups of individuals are not treated differently or less favourably, on the basis of their specific protected characteristic – including areas of race, gender, disability, religion or belief, sexual orientation and age – and that avoids discrimination. Diversity and Inclusion, by contrast, introduced an element of choice around how a particular employer views individual differences so as to maximise their potential. This shift from action to choice is perhaps why, as a returning mum told me recently, we really need to shift the debate around gender equality and women in the workplace. There is a sense of being trapped in a straightjacket, which has managed to entangle us to the point of inaction.

We have witnessed the creation of a whole ‘diversity and inclusion’ professional class that has replaced much of the ‘equality’ speak that led to legislative changes in the past. We’ve now had equality legislation for decades, but still choose to pay women and men unequally. We choose to give women that have children a career ‘shelf life’ on the assumption that their ambition shouldn’t count once they choose to put their family first. We have an absence of women in leadership which we accept far too easily. Indeed, we still have a First Lady as opposed to a First Woman President in the US. Is this abundance of diversity initiatives working in effecting change or, to coin a phrase, is it #diversitywash? I think it is important that we ask why we are complicating the language of equality? We can no longer keep women riding on the inequality carrousel. Believing is doing, not words! 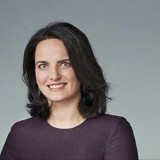