On 23 October 2017, Obelisk and a dozen of London startups joined Sadiq Khan, Mayor of London, on a trade delegation #LondonIsOpen to meet with French startups in Paris and map out commercial cooperation between both cities. As reported in Forbes, Obelisk embodies the spirit of London-based SMEs with ambitions to expand into new markets on the continent despite the prospect of the UK leaving the European Union in 2019. We caught up with Dana Denis-Smith, CEO of Obelisk Support, the only lawyer part of the British delegation.

#1 What was the objective of the #LondonIsOpen event in Paris?

It was a follow-up to an earlier trip by Sadiq Khan in March 2017 when they launched a collaboration programme focused on establishing a network of global cities to help entrepreneurs develop their businesses across different markets. Obelisk was part of this previous trip too. 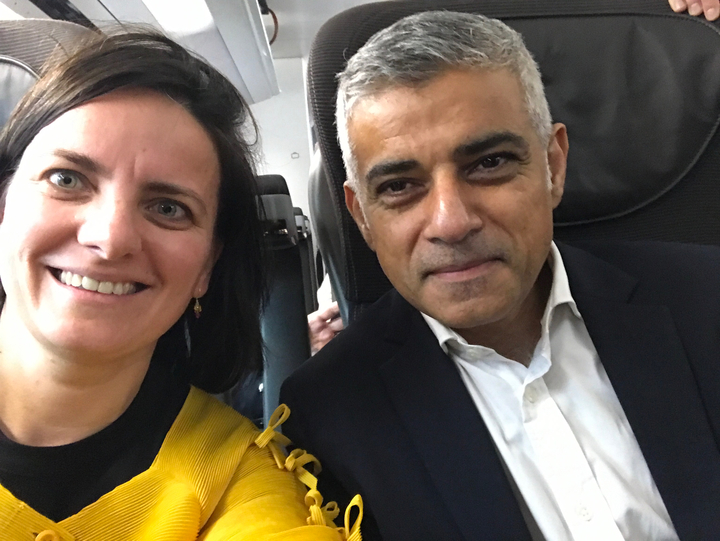 #2 Who was present in London and in Paris?

The Mayor, Sadiq Khan, took 12 businesses with him to meet facilitators, as well as corporates, interested in working with U.K. businesses. We met with global French companies such as L’Oréal and BNP Paribas, as well as the French representatives of multinationals, such as Johnson & Johnson.

#3 What did you learn during the event?

The trip confirmed that London has some really exciting tech businesses that are very scalable, but that when scaling internationally, there is always a need for localisation. This was something that the COO of Trainline, Mark Brooker, highlighted in his presentation.

There are some really great partners businesses can rely on – take the Eurostar, for example, whose CEO Nicolas Petrovic joined us on the trip. They connect the E.U. and Britain and they are committed to collaboration across the channel.

#4 How can Obelisk inspire other professionals considering doing business with France?

France has an increasingly dynamic startup scene, as well as some really large, global multinationals. The new government also seems to be undertaking structural reforms which should make operating in France easier and cheaper for British companies British SMEs should continue to be bold and seek new business opportunities beyond our borders. France seems like a logical first step, being both a geographical neighbour and established commercial partner. Plus, the rise of Paris as a technology hub is very exciting news for businesses with a tech angle like ours.

#5 Why is Paris an important business partner for the legal industry?

France is a major economy and has some very large global companies that are facing increased volumes of work. Cost control and a need for flexibility in delivery is important to them, so there is a good opportunity for a business like ours, supporting legal services as the work flow increases.

#6 Tell us about an anecdote that illustrates the event

I loved the fact that a good chunk of the mission happened on the train to Paris. As we had nowhere to go, it took away from the pressure of meeting new people and made connecting with the delegation easier.
As we were all so engrossed in speed mentoring and meeting the Mayor, lunch was served in a brown paper bag – but it included a most delicious chocolate cake – a winner!

#7 What are your next steps at Obelisk?

Booking a trip to Paris soon is for sure a next step to follow up on meetings and lessons learnt. The year 2018 should see Obelisk France set up and running.