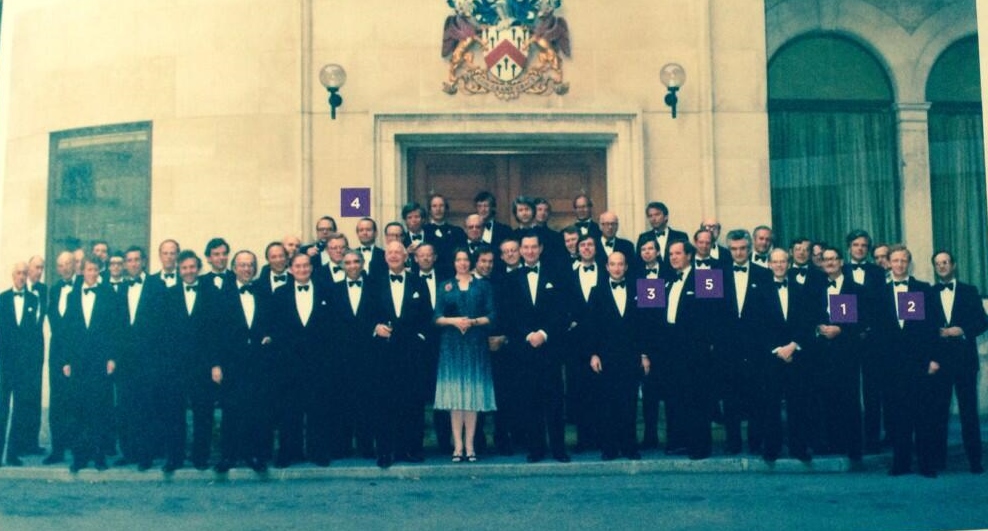 The First 100 Years is an ambitious video history project, documenting the journey of women in the legal profession from 1919 to present day. It was created by Dana Denis-Smith – CEO of Obelisk Support – and inspired by this photograph. Who is the woman in the blue dress, surrounded by so many men? Over the next four years, the project will create an online library of 100 inspiring about the women who have shaped the legal profession since the Sex Disqualification (Removal) Act 1919 paved the way for women to become lawyers. Launched by Obelisk Support to celebrate the journey of women in the legal profession, this ground-breaking project is supported by the Law Society and the Bar Council. Plans for an extensive programme of activities and events are now being put in place in the run-up to the centenary of the Act in 2019.

The project’s legacy will be a deep understanding of the past, combined with a celebration of today, to ensure a strong and equal future for all women in the legal profession.

Stories from The First 100 Years;

Writing in The Times this June about The First 100 Years, Legal Editor Frances Gibb wrote:

“A five-year project to chart and celebrate the progress of women in the legal profession has been launched by Obelisk Support. Backed by the Law Society, Bar Council, CILEx and Aspiring Solicitors, the idea of First Hundred Years is to create an online library of 100 stories with videos of women who have shaped the law and the profession — including interviews with current leaders and “role models”, Denis-Smith says. The project will have a launch in October to promote crowd-funding, by which people can make individual contributions, along with submitting stories. “People don’t know their history — who the first woman solicitor was, for instance,” she says. “There is no archive like ours: it will help us place ourselves in history.”

Dana Denis-Smith is herself a legal trailblazer, with a business that is pioneering the use of ex-City lawyers to provide high quality, flexible and affordable legal support to law firms and in-house teams. With over 850 lawyers, Obelisk is now the largest provider of its kind. Looking ahead to how The First 100 Years will help drive social and corporate change, Dana says:

“Many women practising law in the 1970s and 1980s would have found themselves lonely in professional circles. That is not a long forgotten past but the current journey of women in the legal profession today. We need stories – both past and present – to understand what the future holds for women lawyers. We are constantly preoccupied by the negligible change in the percentage numbers of women who are in the boardroom. By setting the debate in a historical context, it is easier to see the rapid rise of women in the profession in the last 30 years and understand how we can use that information to shape the future.”