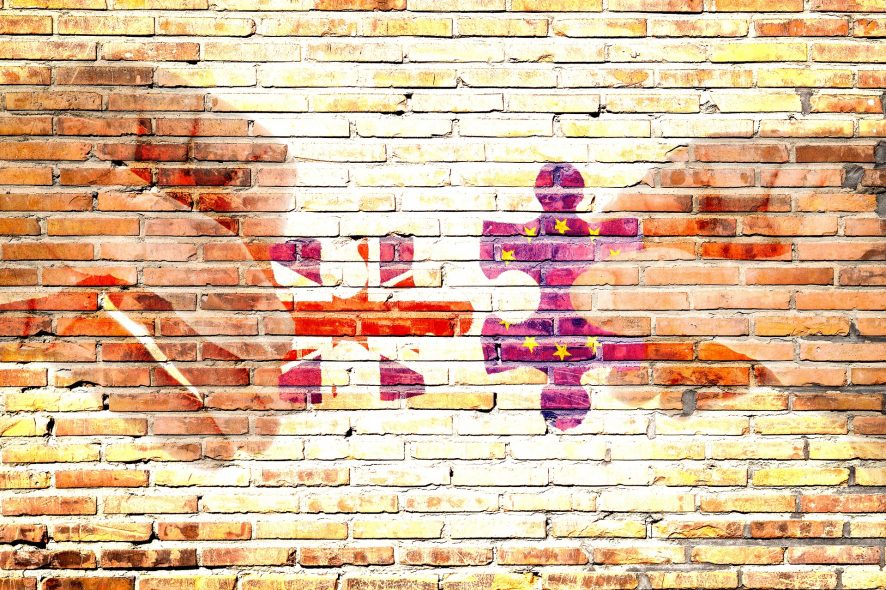 We’ve waited, we’ve debated, we’ve theorised, we’ve read the forecasts, but the question of Brexit’s impact on the UK and the financial services market still looms large. Obelisk Support recently attended the UK Financial Services Brexit and Beyond Summit, a City & Financial Global event, to get some insight on managing the EU withdrawal process from a legal perspective. Note that this Summit took place before the UK Government presented its Brexit Bill and some things might have changed.

The overall feeling in the room was that the UK should and would be leaving the EU as ‘global Britain’. Most in the industry were confident that Brexit would not change London’s standing as a global financial powerhouse, even in the event of no deal. John Glen MP, Economic Secretary, pointed to the UK FinTech industry was worth £7.5bn, giving the UK an advantage that other marketplaces did not have. However, this is not without a lot of work currently being done, and to come, to prepare for every eventuality and the inevitable legislative and regulatory changes that would follow. Some job losses would also be consequences, but these were stated to be a ‘fraction of original Bank of England predictions’.

The UK FCA will have temporary authorisation to wave/manage authorisations to allow temporary operation until agreement is signed, Nausicaa Delfas of the FCA confirmed. Firms will not need to make many changes to be compliant and are advised to take their own legal services on how to manage a no deal Brexit, for themselves and their customers. Firms must let customers know about how their services/products/rights and protections in contractual terms will change. There will only be a need to move client’s activity if it is in client’s interest. Customers will be protected when we leave via the Ombudsman regime.

Areas of risk will include contractual continuity, data adequacy, and clearing, which need agreement on both sides, and transfers of personal data between UK and EU raise questions. On Day One, the UK will have equivalent framework to the EU’s. Outcome based equivalence is the principle – our rules do not need to be identical but achieve similar outcomes with market-specific rules. The FCA welcomes US FCA rules, which have broadly equivalent outcomes. Unsurprisingly, predictable and stable regulations are necessary for financial services to thrive.

MD kicked off with a ‘back to basics’ reminder about the withdrawal act and the withdrawal agreement bill, both bases to avoid unnecessary disruption. EU law is not designed for third countries and was created for state members. The withdrawal agreement bill requires separate legislation if we are to reach an agreement. Much of EU law can be incorporated into UK law without reference to the withdrawal act and EU law will be in place until the end of the transitional period. He stressed that there would be no such thing as a happy ending, whether the country reaches a deal or no deal, remains or leaves. We just have to deal with the consequences of Brexit as it is happening.

G stressed that ministers have had to power to create secondary legislation throughout acts of parliament for a long time, acts that can bridge the gap until the full transition has been completed.  CA was concerned about the sheer volume of legislation to check and be translated into UK law. The huge amount of complexity and the volume make this a very challenging task. The reality is that 800 pieces of secondary legislation have to be adopted before March 2019, going through sifting committees at the House of Commons and the House of Lords. Brexit illustrates the difficulty of incorporating a multilateral system for all into a unilateral system for all.

For James Smethurst of Freshfields, the validity of contracts depends on whether or not licences are required. Take derivatives: Mere payment under these contracts is not a regulated activity, unlike entering into compression or new contract. Look at particular activities: Regulated activities for insurance is not so much entering as performing the contract. Any activity beyond payment may require licences. What would be the consequences of performing the contract without licences?

Additionally, what is the governing law of the contract? If it is UK law, the agreement will remain legal and valid without loss of authorisation. The place where the contract has to be performed will impact its enforceability. If an activity has to be performed in a EU member state and that contract is therefore illegal in the UK, is it unenforceable under UK law? Not necessarily. The answer depends on whether engaging into a contract constitutes an ‘adventure to break the laws of a foreign state.’ Even if the contract remains valid and enforceable, could one of the parties terminate for loss of authorisation? Are there reps of warranties within the agreement and whether they are given only at the outset of the agreement, repeated at any point during the contract or continuing? What’s the consequences of one of the parties losing its authorisation  and could the doctrine of frustration be invoked?

Most complex financial services contracts should have provided for the loss of authorisation. The regulatory risk is quite high for insurers as they might be subject to sanctions and regulatory scrutiny in EU member states. Regulatory exposure of firms means they might need to address that risk and transfer that contract to another entity in a EU member state that has the authorisation.

Ilda de Sousa, partner at Kingsley Napley LLP, discussed the situation of EU nationals currently in the UK. The transitional period is slated to last from 29 March 2019 to 31 December 2020. Freedom of movement should not be an issue during that transitional period. The EU secondment scheme will go live on 29 March 2019 and is aimed at EU nationals and their family who can show residency.
There will be an app to download with 3 questions:
If a residence of over 5 years in the UK can be established with proof, the home office will access HMRC data and EU nationals will be prompted to pay a £65 fee (£32 for under 18s). For stay-at-home parents without HMRC records, they would need to produce documentation to show residency, with no more than 6 months outside of the UK during 5 years. Otherwise, they would have to apply for pre-secondment status. They would be granted leave to remain until they reach the 5-year period. By 30 June 2121, all EU nationals must have applied for secondment/pre-secondment status.
What about EEA nationals and Switzerland? Norway has struck a deal with the UK government and other countries are negotiating. New immigration rules should come into effect on 1st January 2021. The concern is if you haven’t clocked up 5 years or been granted leave to remain, then there would be no recourse to reach a settled status. In a no-deal scenario, the rights of EU nationals to stay in the UK will be honoured.
The question is, how to attract future EU nationals after Brexit? Pending immigration white paper, EU nationals should be treated like non-EU nationals but rules might be less restrictive for higher skilled workers. Immigration is very expensive and businesses might have to face £1000 per year for a visa in addition to government fees. Is this the best way to make the UK as attractive as it should be?

To paraphrase Nausicaa Delfas of the Financial FCA, with less than 5 months to go, the focus was on providing certainty and confidence to firms and their clients operating in the UK, which involved being ready for all possibilities. While she emphasised the need for London to keep influencing global standards, it was pretty clear that without certainty, firms would need to change how they operated on the basis of a worst case scenario.