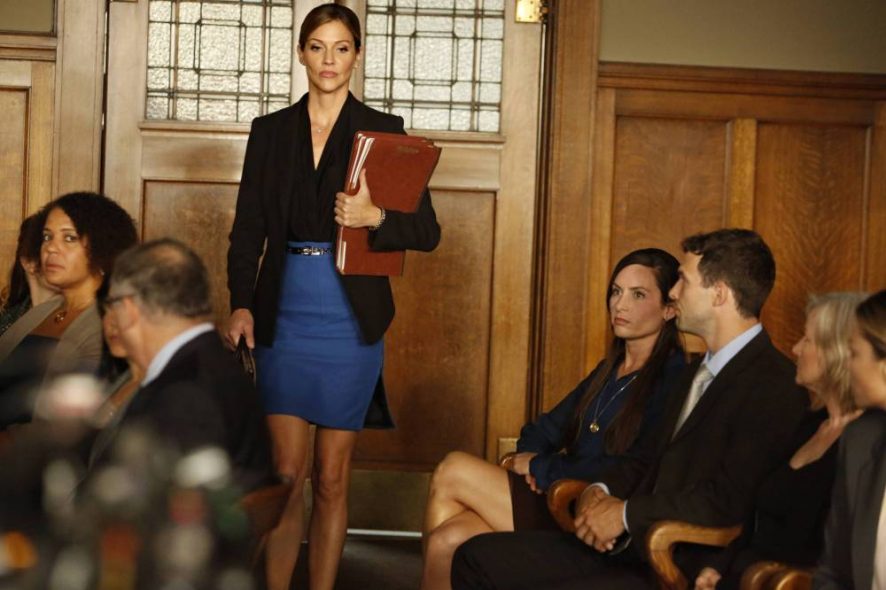 A previous article on The Attic exploring the portrayals of women in law on TV provoked some interesting discussion in the office about fiction vs. reality. So, we decided to dig a little deeper, and conducted a survey of practicing lawyers on how they felt about their fictional counterparts, and the influence they have on women in the legal sector.

Professional women across different sectors face certain challenges of greater magnitude than their male counterparts – from gender bias and pregnancy discrimination, to the gender pay gap. A seemingly superficial but no less significant challenge is the pressure that many women face to ‘dress to impress’ in the workplace. Our survey found 9 out of 10 female lawyers agree that they often feel pressure to prove their competency by dressing a certain way, and 8 out of 10 believe that some of this pressure comes from stereotypes of female lawyers perpetuated by on-screen portrayals in popular culture. Think modelesque Charlotte Richards or immaculately dressed Jessica Pearson, all undeniably glamorous women with not a hair out of place, always perched on top of stiletto heels that “no working woman could survive a day in,” as quoted by one surveyee. “Living up to such standards would be a tall order,” claimed another, emphasising that hours of primping, polishing and a limitless fashion budget to maintain such an appearance are hardly compatible with the day to day realities of being a lawyer. 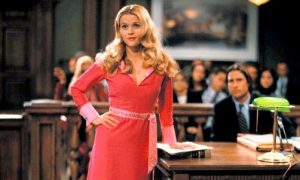 Smart, Sexy, or Both?

On the flipside, perhaps these portrayals are aspirational and liberating: the strong presence of these women in a traditionally male-dominated sector is reflected in their powerful fashion choices. Yet this still continues to feed the idea that a lawyer’s competency is directly linked to his or her physical appearance. While to an extent all lawyers face this pressure; many female lawyers claim that their appearances are scrutinised more heavily than those of their male colleagues. “Dressing professionally seems to be a combination of smart and sexy, the pencil skirt and heels look is almost a uniform”, says one lawyer, “clothes and styling imply your professional capability and commitment to work”. The pressure to be simultaneously “smart and sexy” is somewhat paradoxical; while a certain degree of ‘sexiness’ is apparently expected, studies show that sexualised women are seen as less intelligent and less competent. This contradiction is brought under the spotlight in Legally Blonde, with Reese Witherspoon’s character Elle Woods defying all stereotypical expectations of her intellect – notably without comprising on or altering her appearance, or personality, in the process.

Ageism and the ‘Ally McBeal Effect’

When Ally McBeal debuted in the late 90s, the series was praised for its forward-thinking take on female sexuality; Ally’s “mini [skirts] take centre stage”, and in It’s My Party, she is even held in contempt by the judge when she refuses to wear a longer skirt to court. This might be considered a bold move to prove that a lawyer’s competency holds no connection to her appearance; Jane Pratt, editor-in-chief of Jane magazine, says “we can all look at Ally and see her as some kind of icon. Women find themselves emulating her, feeling ok wearing shorter skirts to the office because of her. She’s freeing women up.” However, around 35% of female lawyers are partners, and generally between the ages of 45 and 54. Do female partners really see Ally as “some kind of icon”? One lawyer in her 40s replied that “normal office dressing for women is biased towards how 20-somethings dress. Does a middle-aged lawyer have to try to look like a 25 year old? Are we allowed to go grey? Wear more comfortable shoes? Put on weight? I think if women did we would be seen as unprofessional.”

The invention of a new term distinguishes successful female lawyers as a breed of their own, and suggests that accomplished women are a novelty in a man’s world. It suggests that women are “objects” rather than “active agents”, as art historian Linda Nochlin discusses in her essay, ‘Why Have There Been No Great Women Artists?’. While a “man’s gender is proof of his accomplishment”, a woman “has to go further to prove her worth” and push past this objectification. The term ‘Litigatrix’ again ultimately implies a connection between a woman’s sex appeal and her competency as a lawyer. Lat’s effort to empower female lawyers “downplays their intelligence, hard work and success,” and “does what it intends, to sexualise a woman.”

But is it really so wrong to want to look good at work? Maintaining one’s personal appearance can “instill confidence, both inwardly and outwardly”, says one lawyer respondent. The Good Wife and spin off The Good Fight has received praise for its empowering use of makeup and clothes. The three leading women, Alicia Florrick, Diane Lockhart and Kalinda Sharma, as well as Lucca Quinn are examples of how ‘power dressing’ builds and demonstrates confidence (see also Jessica Pearson in Suits). The sharp suits, knee high leather boots and lip liner accentuate their competency and confidence in their ability. Their bold fashion statements are reflections of their bold personalities, and enhance their presence in a male-dominated environment.

Moreover, while the women are certainly made-up and well-presented at all times, they are all in their forties and fifties, and perhaps constitute more realistic representations of senior female lawyers.

American Crime Story: The People v. O.J. Simpson documents Marcia Clark’s experience during the OJ Simpson trial in 1994, during which her physical appearance was heavily scrutinised by her colleagues and the media. Based on true events, American Crime Story’s portrayal of Marcia is therefore more accurate than previous portrayals of female lawyers, and the real life challenges Clark faced are on display. The series highlights the contradicting expectations that female lawyers must simultaneously ‘blend in’ and ‘stand out’. “At legal events, most female lawyers who want to be taken seriously wear dark coloured skirts and jackets. Trousers are accepted, but they are definitely not the norm,” one lawyer pointed out. Perhaps not surprising, since women lawyers were only permitted to wear trousers at work  since the 1990s! A degree of femininity is required, and in the series we see Marcia visiting a hairdresser for a “softer, more feminine” look, much like Clark did in real life. “I’m not a model, I’m not an actress, I’m a lawyer”, says Clark. Sarah Paulson, who played Marcia, commented on the role at the time: “it is the dirty little secret of the workplace that how a woman looks matters.”

From the responses we received, it’s clear that there is some uneasiness about portrayals of women in law in popular culture. Yes, fictional entertainment is typically more glossy and glamorous than the real life it portrays, and there needs to be room for the aspirational and escapism. But while women in male dominated spheres still have to fight against sexist perceptions to be taken seriously in their careers, these portrayals play an all the more influential and important role in changing minds and inspiring the lawyers of tomorrow. While inequality persists, there is perhaps no such thing as harmless fantasy – here’s hoping we see some more down-to-earth, unglamorous lawyer reality hitting our screens in future to provide a balance.