As a woman-led alternative legal services provider seeking to change the culture of a notoriously patriarchal industry, we celebrate and champion the success of women in law on a daily basis. With International Women’s Day upon us, and Women’s History Month underway, it’s a great chance for us to find out more about the women in law across the world who are blazing a trail in legal tech to change the legal industry as we know it. Here are some of the key names in law who are making history today…

Maura Grossman has had a more unusual path to law, starting out as a clinical psychologist before passing the bar, and being promoted to Of Counsel with Wachtell, Lipton, Rosen & Katz  in 2006. She is a leading advocate and driver of e-discovery technology, and has since moved to become a professor of computer science, while continuing to practice law with her own practice Maura Grossman Law in New York (USA). Grossman worked with Professor Gordon Cormack on a landmark paper titled Technology-Assisted Review in E-Discovery Can Be More Effective and More Efficient Than Exhaustive Manual Review, which is credited with creating the technology-assisted review (TAR) field. In her role at the University of Waterloo (Ontario, Canada) she is building on her research to continue to advance e-discovery in the legal sector.

Bahar Ansari is a practising American lawyer and co-founder of Case.one, a legal tech startup based in California that has developed cloud-based, all-in-one legal practice management software helping attorneys work on litigation, exchange information, manage time and billing, create invoices and monitor ongoing tasks from wherever they work.

The idea came from her own experience of a lack of suitable options for case management systems, during both her time as a law firm litigator and when trying to source technology for her own practice. She realised that there were two key problems; the expense of technology available and the resistance amongst traditional practices to take advantage of technology to revamp their systems. Ansari aims to disrupt the global legal market and make justice more accessible to all through education and technology innovations.

Kristina Nordlander is renowned as an EU competition and litigation lawyer, who has been involved in many high profile anti trust investigations and cases before EU courts. In 2017, she was named as a Top 10 Innovator in Europe by the Financial Times for her ‘unconventional’ approach to cases, including her representation of the leading European online pharmacy DocMorris in a landmark case concerning cross-border internet sales of prescription medicines. Even more notably to us, she is founder of and runs the Women’s Competition Network (WCN) – a group of around 1,700 women in antitrust – said in the Global Competition Review that she was motivated to establish the WCN by “a very long career with no female role models” in which networking events were attended exclusively by men. The WCN, an international network for senior competition law and policy professionals, which aims to promote the advancement of women in the field. 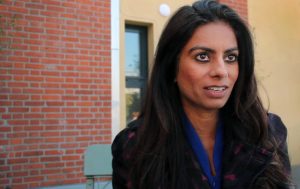 An Indian technology lawyer and digital rights activist, Mishi Choudhary previously practised as a High Court and Supreme Court Litigator in New Delhi, and is also the only lawyer in the world to simultaneously appear on briefs in the US and Indian Supreme Courts. With a passion and dedication to the free and open source software movement she set up the Software Freedom Law Center (SFLC) in 2010, with the aim of protecting the rights of internet users and software providers in this rapidly moving sphere. She was also part of the SaveTheInternet coalition that successfully campaigned for net neutrality in India. Her achievements led to her being named in 2015 as one of Asia Society’s 21 young leaders building Asia’s future.

Odunoluwa Longe is a Nigerian lawyer who was recently awarded SME Empowerment Innovation Challenge for East and West Africa at the Innovating Justice Awards which aims to turn ‘promising and disruptive ideas into effective innovations’. She co-founded DIY Law, a legal technology company enabling access to online legal services and information for entrepreneurs in Africa, with Bola Olonisakin and Funkola Odeleye. The business model may not be unique, but it has the potential to be a major catalyst for change in Nigeria, where complicated bureaucracy stifles entrepreneurship and enables corruption at all levels of government and business. Longe also runs her own practice, and believed it more important to stay in Nigeria where her idea could make the biggest impact. With that kind of dedication and belief in the future of law in a changing world we reckon she is one to watch. 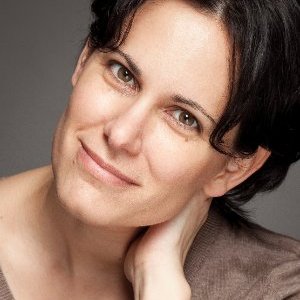 Marie Bernard worked previously as European Director of Innovations at Dentons law firm, and became strategic advisor to Dentos’ legal technology venture NextLaw Labs before being appointed CEO. NextLaw Labs is a global incubator that actively supports and invests in new legal technologies. Bernard has long been a promoter of technology and innovation in the law, and her understanding approach to the often slower decision making processes within traditional law firm, and passionate belief in new innovations and ideas has enabled her to create successful ‘co-innovation partnerships’, allowing lawyers to explore and experiment with pilots and give them the space to adapt and change their thinking for themselves. Her work led to her being recognised in the Fastcase 50 as one of the world’s leading innovators in law in 2017.

For Women’s Day 2018, take some time to recognise the women who have inspired, mentored or affected change in your chosen career path. We’d love to hear about the women in law you most admire @theatticlondon