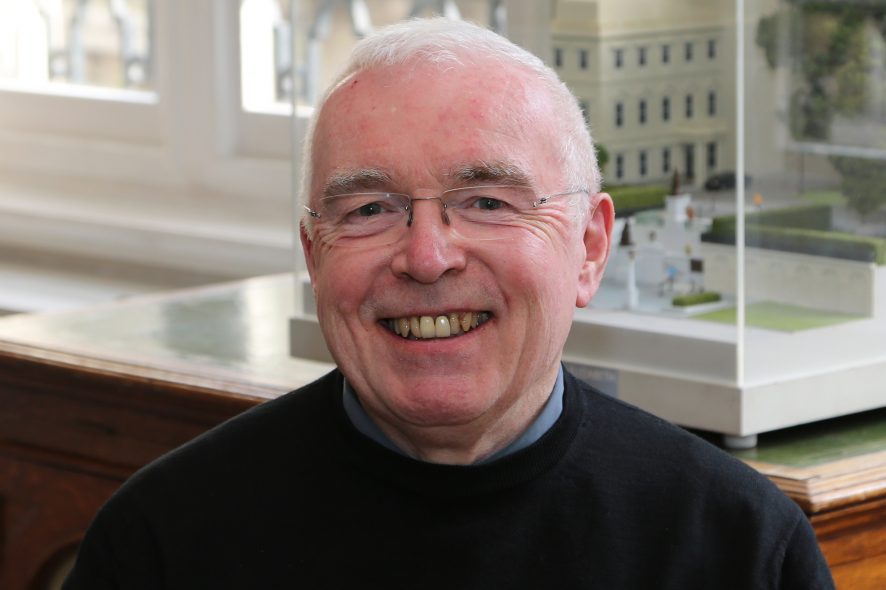 What does it take to bring a public statue to life? As the centenary year of women’s suffrage draws to an end, we reflect on the years of campaigning, planning and cooperation that made Millicent Fawcett the UK’s first ever female statue in London’s Parliament Square.

With such a high profile public project, there were many stakeholders and organisations involved in making the statue a reality. Obelisk Support is proud to have a connection with the project, with our CEO Dana Denis Smith playing an instrumental part as the co-founder of the campaign. Other key players included leading campaigner Caroline Criado Perez, Mayor of London Sadiq Khan and Prime Minister Theresa May who both supported the campaign, Westminster Council, and Turner Prize winning artist Gillian Wearing, who created the statue.

At the intersection of the creative and practical planning was architect Tony Dyson, consultant at Donald Insall Associates, Chartered Architects and Historic Building Consultants. No stranger to the challenges involved in such a project, he was selected due to his specialist experience with public monuments, including the architectural settings for the statues of the non-violent political activists Mahatma Gandhi and Nelson Mandela, along the west side of Parliament Square.

First, we want to know: what led Tony to his work on public memorials?

I suppose being brought up in a Worcestershire village and attending Worcester Cathedral King’s School were key in helping me develop an early understanding of the contribution the historic environment made to the overall character of a place and how that could promote a sense of belonging. Throughout my school days in the 1960s, however, much of historic Worcester was being destroyed to make way for new traffic circulation schemes and our headmaster David Annett encouraged a small group of us to attend local Civic Society protest meetings and add our voices to the objections being raised.

An interest in design led to my studying architecture at Canterbury but it was the opportunity to design in the context of historic buildings and environments that lead to my joining Donald Insall Associates. In 1992 my first memorial project involved the transformation of a former traffic island and motorcycle park at the junction of London’s Ebury Street with Pimlico Road, by refocusing the area as the architectural setting for Philip Jackson’s new bronze statue of The Young Mozart, who back in the 18th century, had written his first symphony in a house nearby. Now called Orange Square, the whole area has been regenerated, a local restaurant has extended its tables and chairs over the surrounding pavements and the statue is at the centre of a popular farmers’ market on Saturdays.

The Process of Bringing Millicent Fawcett to Life

What considerations around location and design need to be taken when planning a public monument?

First and foremost, Westminster’s Guidance for the Erection of New Monuments Supplementary Planning Document states that ‘any proposal for a statue or monument must have a clear and well defined historical or conceptual relationship with its proposed location. As befits a world class city, Westminster requires only the best quality examples of new sculptural work for its streets and spaces. The City Council would normally expect commissions to be undertaken by established artists of international renown and to have arisen through a robust and transparent selection process.’

All the above requirements were taken into consideration in the process that resulted in the appointment of Turner prize-winning artist Gillian Wearing to create the bronze statue of Millicent Fawcett. It was Gillian Wearing OBE RA who depicted the non-violent Suffragist leader at the age at which she became President of the National Union of Women’s Suffrage Societies, holding a banner that reads ‘Courage Calls to Courage Everywhere’ and with the images of 55 women and four men (who were part of the fight for women’s right to vote) around the statue plinth.

With regard to the choice of location for the memorial, non-violent Suffragist leader Millicent Fawcett was a perfect candidate for placing in line with the memorial statues of non-violent political activists Mahatma Gandhi and Nelson Mandela, already existing along the west side of Parliament Square Gardens.

Previously, we had added the preferred scale for the bronze statue (similar to that of the existing Mandela and Gandhi bronze statues) to the limited competition brief. In designing the architectural setting for the new bronze statue of Millicent Fawcett, we followed a similar approach to that we had used for the Gandhi architectural setting (at a lower, more accessible level) but swept the Portland stone blocks either side of the statue back, so Gillian could have the plinth she wanted, as well as suggesting that the plinth should be of pink granite, a material already used elsewhere on Parliament Square.

Having worked on so many high-profile memorial projects, Tony says it was a real privilege to be part of the Millicent Fawcett project team. With so many different interest groups involved and needing to be consulted on the project, how did the process get off the ground?

Nigel Schofield from art manufactures MDM Props and I were brought in for our specific areas of expertise to collaborate with a mainly female driven project, led by the Culture Team at the Greater London Authority. It was of enormous benefit to our planning negotiations that, from the outset, the required processes were adhered to so meticulously. Also, professionally, it was particularly rewarding collaborating with artist Gillian Wearing over the design of the architectural setting.

What about the regulatory aspect, how do you keep relevant authorities informed when planning a public memorial?

Parliament Square Gardens is a Grade II Registered Garden within the Westminster Abbey and Parliament Square Conservation Area, adjacent to the World Heritage Site and within the Whitehall and St James’s Monuments Saturation Zone where applications for new statues and monuments will not be permitted unless there is an exceptionally good reason.

Once the ‘exceptionally good reason’ had been established and the project was shown to comply with the other recommendations set out in Westminster’s Guidance for the Erection of New Monuments Supplementary Planning Document, we moved to the pre-application stage. We talked informally with Westminster’s planning officers, so they could get an idea of the direction we were going in and comment on any difficulties they foresaw.

As the project progressed and the design that was likely to form the basis of the planning application emerged, preliminary meetings were held with those who were due to be consulted under the planning application (stakeholders from the buildings surrounding Parliament Square, local amenity groups, the Garden History Society, Historic England etc) and the draft proposals were then shared with them, so we would be aware of any particular issues they might have with the scheme and be able to take the opportunity to address those issues in the final planning application.

Did you come up against much resistance to the proposals?

Not really. There were hundreds of letters and emails of support and only three real objections – all of which were connected with the fact that only female artists and sculptors had been considered.

The History & Future of Public Memorials

Why do you think it is so important to have public memorials in our public spaces? What can they teach us about our society today?

I’ve already mentioned how a statue or monument can give identity to an area, but memorials can also help us see ourselves in the context of our own history, as well as relative to those we choose to memorialise, as times change. It’s interesting that the majority of press coverage of Millicent Fawcett agreed we need more memorials, not less, particularly as we have to make up for lost time in marking women’s contribution in history.

Attitudes to history and identity are defined through art as much as anything else and art and sculptural and architectural form can enhance our sense of place in history and create a sense of identity.

There is talk about pulling statues erected in the past down and replacing them with artworks or memorials that more accurately reflect society’s values today. This is not a new concept as in the 1960s there was a desire to replace Victorian statues with more up-to-date artworks.  I am relieved that nowadays there is more of a tendency to restore and maintain these references to our collective past, leaving only our attitude to them to have the opportunity to change, as we become more informed.

So you would be in disagreement with the calls for removal or replacement of more controversial historical figures?

Yes, I would be concerned for example, in the calls to tear down a statue of a colonialist like Cecil Rhodes in the vicinity of a university college he founded. You can’t erase history but you could of course take the opportunity to use the memorial setting to educate people as to just how non-PC Cecil Rhodes was. A couple of years ago, whilst in Virginia USA, I visited Thomas Jefferson’s Federal style mansion, Monticello. Jefferson had been the main drafter and writer of the American Declaration of Independence and in Washington DC I had seen the enormous Jefferson memorial. However, at Monticello I was impressed as to how the heritage tour of the property now focuses as much on Jefferson as slave owner, the slaves’ lives and the history of slavery in America, including the original British colonial plantations.

And what of the future of memorials, do you see technology playing a more important role?

Westminster, who are already using QR codes on their bridges and structures for monitoring purposes, are considering extending the scheme to include their memorials, for educational purposes and coordinating with websites with historical information and links to memorial walks etc.

Elsewhere, there are the ‘speaking statues’ in Dublin, which immediately set off a chain of information as you pass them. In some cases ‘virtual’ memorials may prove more effective in helping people interact with their history and be a viable alternative to memorials in the built environment. The hard landscaping of our cities changes and develops continually, so going forward there should be plenty of opportunities to enhance the identity of such spaces with memorials in interesting new forms.

With these fascinating insights showing how a campaign for representation, the artistic and creative design process, and planning regulation and procedure come together as one, it’s safe to say we will never look at a statue the same way again.